Welcome to our Group Page!

We are developing techniques of single spin magnetic resonance. This is done by modification of the scanning tunneling microscope to detect high frequency power spectrum of the tunneling current that will exhibit peaks at the Larmor frequency. This will enable search of the local chemical information on the single molecule or atom scale. It will enable the use of single atoms as memory beats – for quantum information and computation purposes. Finally it will be possible to study on the single spin level many spin related phenomena (such as topological insulators, high tc superconductors etc). In addition we are studying mechanical properties of matter on the nm scale, namely local stresses, strains and elasticity modules etc – together with their affect on local chemical reactions. We are studying the electron – electron correlations with dual probe microscopy. The experiments are done at ambient, HV, UHV and cryogenic conditions. 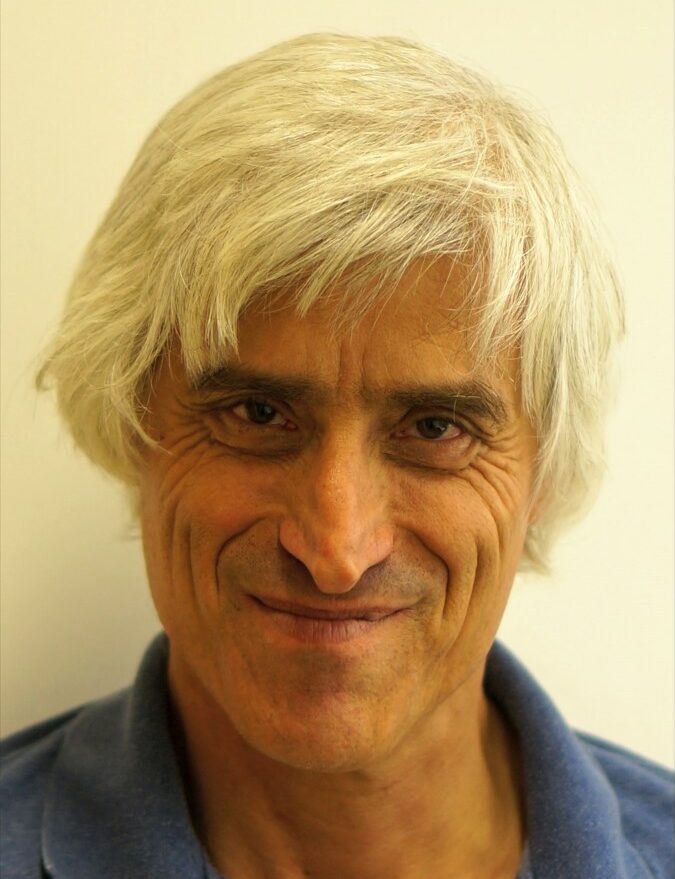 The scanning tunneling microscope (STM) is unique in its atomic resolution. The objective of the research is to develop an STM technique that will provide an NMR signal for each atom that the STM observe. This is possible using the hyperfine coupling between an electron which will be injected into the molecule and the nearby nuclei. The NMR frequency is detected when such an electron will be injected for a short time into the molecule and then taken out. STMNMR will enable the identification of adsorbed complex molecules and study their structure and chemistry. The impact of such an ability is significant.

We report the detection of electron spin resonance (ESR) in individual dimers of the stable free radical 2, 2, 6, 6-tetramethyl-piperidine-1-oxyl (TEMPO). ESR is measured by the current fluctuations in a scanning tunneling microscope (ESR-STM method). The multipeak power spectra, distinct from macroscopic data, are assigned to dimers having exchange and Dzyaloshinskii-Moriya interactions in the presence of spin-orbit coupling. These interactions are generated in our model by interfering electronic tunneling pathways from tip to sample via the dimer’s two molecules. This is the first demonstration that tunneling via two spins is a valid mechanism of the ESR-STM method. 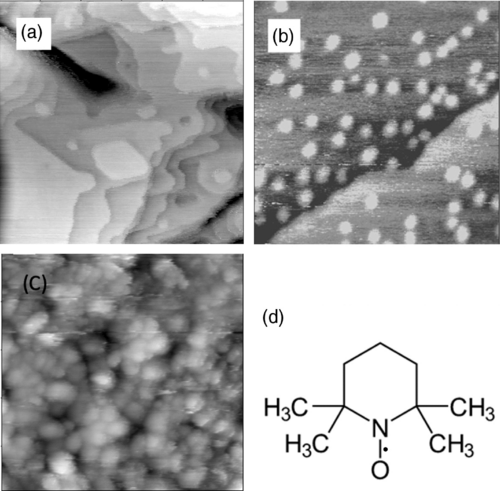 Dynamics of H in a Thin Gd Film: Evidence of Spinodal Decomposition

Gd thin films react at room temperature with hydrogen to form hydrides, by nucleation and growth, even for very low H content (H/Gd > 0.01). This phase transformation can be destabilized and suppressed in highly stressed films. In the present study, a thin Gd layer was deposited on a W(110) substrate, leading to a highly strained film. Following exposure to hydrogen, the overall strain in the film is further increased. Hydrogen was found to dissolve in the metallic matrix without forming distinct hydride nuclei. However, the lateral distribution of H in the film evolved with time, from a rather homogeneous repartition to an inhomogeneous one, reflecting the process of spinodal decomposition of hydrogen in the film. The spinodal decomposition process was monitored using scanning tunneling microscopy. This process involves principally the diffusion of H in the film, but a slow change in shape of the Gd islands covering the wetting layer was also observed. These changes were used to monitor the evolution of the local strains and hydrogen concentrations with time and to draw strain and composition maps at different times, before and after hydrogenation. Numerical simulations of the process, using the chemical potential of H in the highly strained film and applying the Cahn–Hilliard equation, were shown to be in good agreement with the experimental observations, in both spatial and temporal scales. The present study shows that high tensile strains strongly affect the dynamics of the H distribution and the composition of the H-containing phases, opening the route for future studies of M–H systems on the nanometer scale.

We performed STM-ENDOR experiments where the intensity of one of the hyperfine components detected in ESR-STM is recorded while an rf power is irradiated into the tunneling junction and its frequency is swept. When the latter frequency is near a nuclear transition a dip in ESR-STM signal is observed. This experiment was performed in three different systems: near surface SiC vacancies where the electron spin is coupled to a next nearest neighbor 29Si nucleus; Cu deposited on Si(111)7×7 surface, where the unpaired electron of the Cu atom is coupled to the Cu nucleus (63Cu, 65Cu) and on Tempo molecules adsorbed on Au(111), where the unpaired electron is coupled to a Nitrogen nucleus (14N). While some of the hyperfine values are unresolved in the ESR-STM data due to linewidth we find that they are accurately determined in the STM-ENDOR data including those from remote nuclei, which are not detected in the ESR-STM spectrum. Furthermore, STM-ENDOR can measure single nuclear Zeeman frequencies, distinguish between isotopes through their different nuclear magnetic moments and detect quadrupole spectra. We also develop and solve a Bloch type equation for the coupled electron-nuclear system that facilitates interpretation of the data. The improved spectral resolution of STM – ENDOR opens many possibilities for nanometric scale chemical analysis.

(a) Shows the STM power spectra at magnetic field of 210G above a SiC surface. The red arrow at 590 MHz corresponds to an electronic transition that includes hyperfine coupling. (b) Shows the ENDOR spectrum, i.e. the intensity of the 590 MHz peak as function of an irradiation frequency. The splitting of 350 KHz corresponds to the nuclear Zeeman frequency.