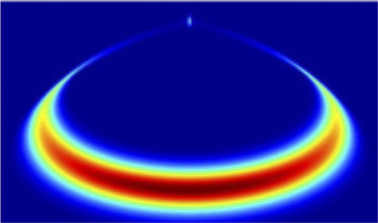 In our group, we focus on both experimental and theoretical studies at the interface of ultrafast nonlinear optics, attosecond science, quantum optics and nanoscience.  More specifically, our work involves generation, measurement and control of the interaction of light and matter in atoms, molecules and nanosystems in space and time at extremely short, up to attoseconds (~attosecond=10^(-18)sec) time scale. Our interests range from fundamental physical phenomena associated with these processes to practical applications. 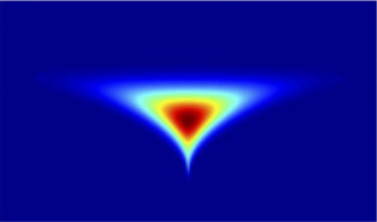 Our results show that there is a significant variation of CEP in the focal volume of the refracting focusing element. Spatial CEP variations strongly increase with a numerical aperture. We have observed a strong correlation between the CEP spatial variations and curvature of the pulse wavefront within the focal region. Use of refractive optics is quite common and ubiquitous in ultrafast science and applications, particularly with lower energy pulses. As we do not observe spatial CEP variations with a focusing mirror, where just a reflection plays a role, our results indicate that it is a combination of geometrical focusing and dispersion that causes such a phenomenon.
Our findings imply that if one observes or drives physical phenomena dependent on the CEP with such an optical system, the result may be obscured or washed out by averaging within a focal volume. This means that it is essential to estimate the spatial behaviour of CEP within a region of interest. To address this challenge, we have introduced an approach for a robust and accurate quantitative evaluation of the spatial behaviour of CEP and the pulse field evolution in space and time. Our method is not limited to simple setups. It can particularly useful as a powerful tool for designing and engineering of the ultrafast optical systems, where CEP matters.

We have shown that for typical intensities in high harmonic generation experiments, the strong field ionization mechanism used in our approach provides an improvement in the resolution close to factor of 2 (resolving about 8 times smaller voxel volume), when compared to previously used linear/single-photon imaging modalities. However, the quest for accurate gas jet density characterization goes far beyond attosecond science. Accurate spatial density characterization of gas jets is important for inertial confinement fusion (ICF, x-ray sources, laser particle acceleration (LPA), cold chemistry and other areas of science and engineering. Our approach can be easily transferred to all these experiments. 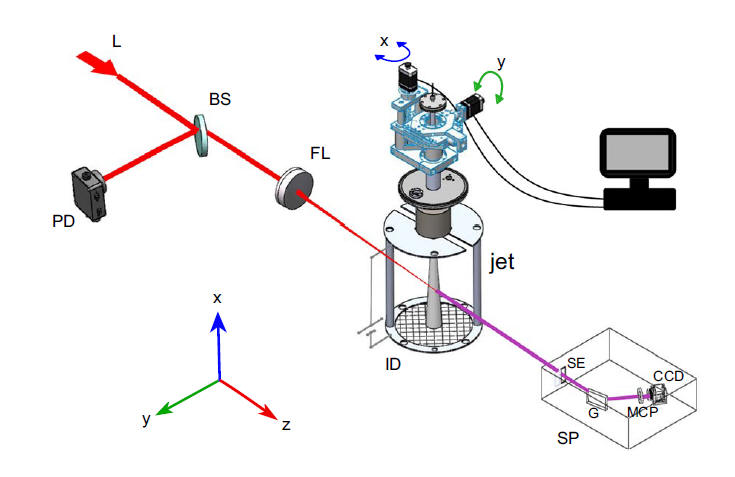 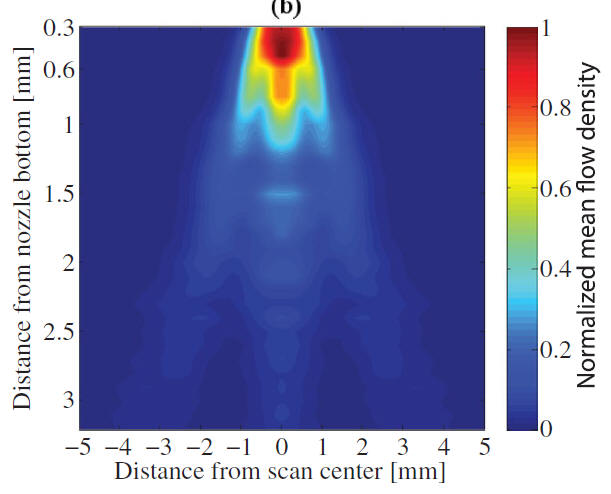 High Harmonic Generation (HHG) is fundamentally characterized by extraordinary broad spectral content. None of the known techniques were suitable to fully spatially characterize the HHG. To address this challenge, we introduced SWORD (Spectral Wavefront Optical Reconstruction by Diffraction) – a new technique for spectrally resolved wavefront characterization of radiation . This approach enabled spectrally resolved measurement of high harmonics wavefronts for the first time. Using SWORD, we experimentally discovered that high harmonic wavefronts have significantly different harmonic order dependent structure. These findings have significant impact on both – fundamental science and practical applications of HHG.

From the fundamental perspective, spatially resolved wavefronts now accessible experimentally, will allow to measure previously unaccessible observables in the process of high harmonic generation. For example, measuring the tunneling phase as a function of intensity will become feasible.
In addition, we proposed, that measurement of spectrally resolved wavefronts together with temporal characterization at one single point in the beam would enable complete space-time reconstruction of attosecond pulses and demonstrated analytically and numerically feasibility of this idea. Based on this idea, complete space-time reconstruction of attosecond pulse was demonstrated. 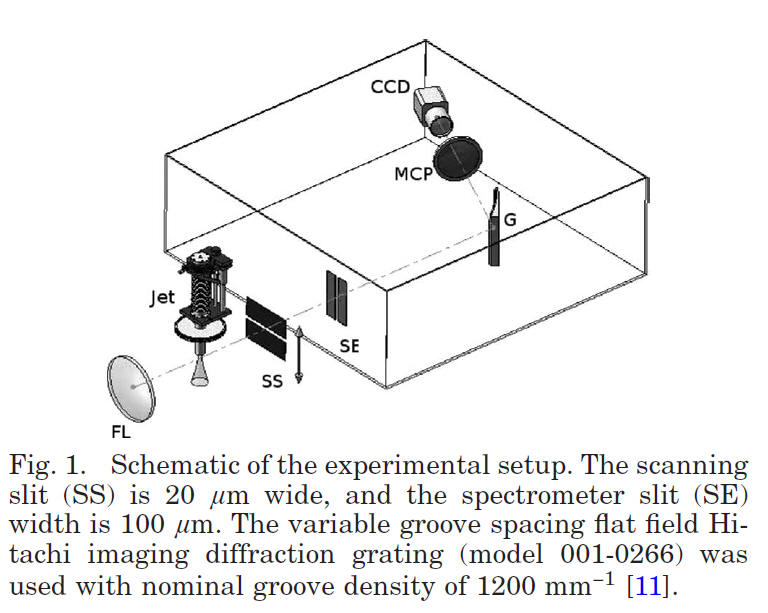 We demonstrated HHG with oriented polar molecule for the first time, using all-optical ($\omega + 2\omega$) excitation scheme. For more than a decade, many different groups had tried to observe the HHG from polar-oriented samples using different means for orientation, but all these efforts had failed. Our work opened a door to the whole new class of experiments in attosecond science.

We have used the HHG signal with oriented molecules to follow the wavepacket dynamics for understanding the underlying physical mechanism of all-optical orientation approach. Using this idea, we compared the experimental measurement with calculations and found that the leading mechanism for orientation is preferential ionization  and not hyperpolarizability as was previously believed.

In the early stages of orientation experiments, we observed a surprising inverse alignment structure in a revival signal from an aligned CO molecules. To explain this unexpected phenomenon, we proposed a theoretical model, which we called Attosecond Bursts Interference (ABI). This model is the basis for our understanding of harmonic generation from asymmetric molecules. The measurements of HHG from oriented samples together with ABI theory allowed us to determine the phase asymmetry of the attosecond XUV pulses emitted when an electron recollides from opposite sides of the CO molecule, and the phase asymmetry of the recollision electron just before recombination. This work  opens up a new route for studies of the structure and dynamics of polar molecules using HHG. 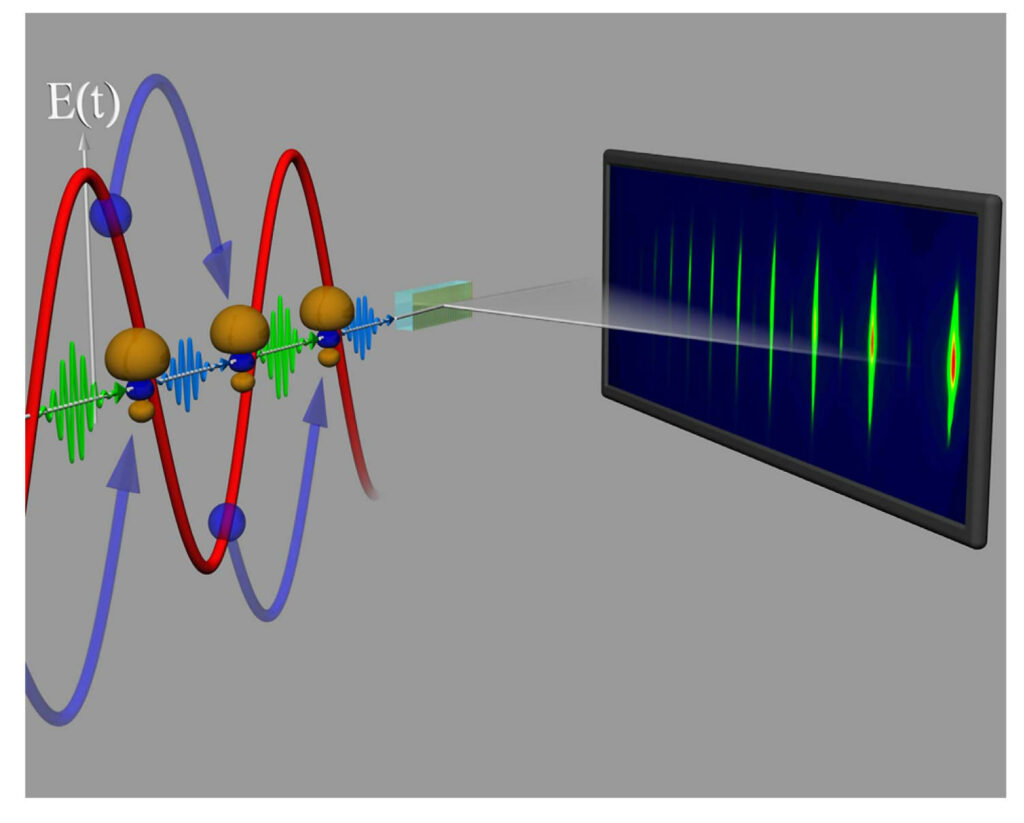